The recently introduced Vespa Primavera has been such a success that there’s a legitimate concern it might overshadow the Vespa GTS 300, especially now that Piaggio has finished honing the livelier Sprint edition. So Vespa has re-focused on the GTS to improve its image, performance, and versatility.

To be clear, this latest Vespa GTS is not the completely new scooter coming in a few years, which is powered by a 350cc Piaggio engine with 33 horsepower. Rather, this latest GTS 300 is an updated version of the current version, but it benefits from a raft of updated electronics that stress rider safety. By incorporating these high-tech electronics into such an iconic scooter, Vespa has come up with a very spicy recipe.

Although it’s unexpected, the new Vespa GTS 300, along with its sportier GTS 300 Super edition, is fitted with an electronics suite that would embarrass many superbikes. The main package includes ABS and ASR traction control, plus an evolution of the multimedia platform used on the Piaggio X10 armchair-style scooter. The ABS, a two-channel system, works with front and rear brake rotors that are both 220mm in diameter. Stopping power is massive, with no risk of wheel lock-up, even under emergency braking on wet bricks or on the cobblestone roads prevalent in so many historic downtowns in Europe, where scooters make so much sense.

Surin
Ask for the price 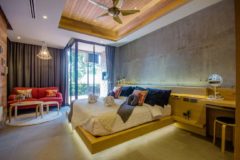 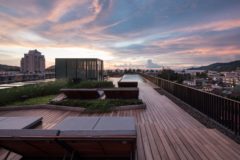